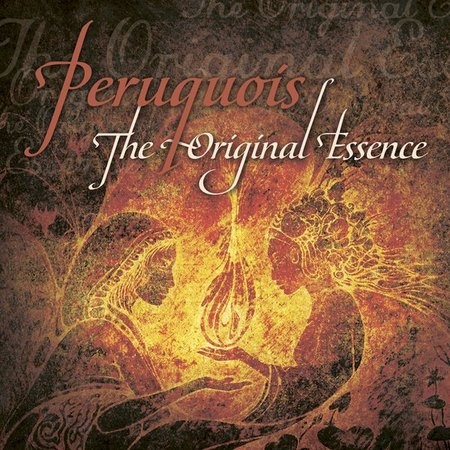 If ever there was an album that described the human experience, it is The Original Essence. Its themes are as timeless as its artist is unique.

Each of its 10 songs were written, composed, and arranged by Peruquois, who in addition to being the main vocalist also plays synthesizers and string pads to scintillating atmospheric effect. Joining her, among a talented cast of supporting musicians, is the album’s three-time Grammy award-winning producer Tom Wasinger, who plays everything stringed from Native American mouth bow to Middle-Eastern oud, and fellow multi-instrumentalist James Hoskins on cello and gadulka (a bowed instrument from Bulgarian, similar to the Greek lyra).

Wasinger’s unparalleled versatility and experience as a producer of Native American artists gave this album the tribal integrity it needed to shine, and the result is a truly World Music experience with tasteful New Age infusions in all the right places.

Although The Original Essence is the fifth solo album from Peruquois, in some ways it is the first. Where her previous albums explored stories of power, here emphasis is on the power of story. Indeed, the album reads like a book in which all of our lives have been written. To that end, a trilogy around the theme of birth forms the album’s core. Although “Birthing Prayer,” “Birthing Chant,” and “Birthday Song” appear in the album’s latter half, they are most emblematic of Peruquois’s artistry.

Mixing spoken word, drone, chant, and prayer, each reveals an important facet of the album’s deeply maternal focus, which takes clearest form in “She Story,” in which Peruquois’s voice reaches soaring heights over a driving rhythmic landscape. This song is followed by “Mighty Man,” which concerns itself with vanity, greed, and idol worship.

From this description alone, one might think that The Original Essence would have no space for men in its sacred circle, when in fact it is a meditation on the harmonious joining of yin and yang, of female and male principles. If anything, the album is a prayer of unity, restoration, and healing.

These themes are best represented by the album’s second track, “Tribal People,” which speaks of all humanity as a single tribe. One of the album’s most effective songs, it features narration from Peruquois’s former mentor and partner John Twobirds, a Native American medicine man who dedicated his life to bringing people together. It is a philosophy that Peruquois takes up further in the anthemic “Great Mother,” another powerful meta-statement of inclusion.

The album’s opening and closing tracks, “Prayer Song” and “Universe is in Love,” concern themselves with cycles of life. The singing in both is magical, and reveals an artist at peace with herself. Hearing such self-awareness in action can only be inspiring for the listener, and makes The Original Essence all the more a restorative experience. Its words sweep through millennia of human history, from ancient times to an upcoming future, and through them allows us to recognize our indebtedness to times past and our responsibility for time to come.

Peruquois is the compass guiding us to that knowledge. She stands at the center of the universe, inviting us to do the same.

She said teach the people not confuse spirit with those alien Ancients that demand to be worshipped
Teach them again to walk in beauty, be in balance
Those people who do not yet know they are people

Don't trust in her
she can steal your mind
And destroy all that you create
Don't show your vulnerability
Your weakness, your heart she can break

The nature of nature is that it grows in spirals
Deep within these bodies is the original spiral of being human
Unified, whole
Now we live in Aftermath
Where the cycle of cycles
And the spiral of time
And the circle of events
Have embedded in the memory these bodies
And we are not free

Great Father, Great Mother
Bless the coming of this new soul
For a thirst not only for Mother’s milk
But for the source of the milk of life
With hands that are creative, shaping and crafting forms of love
With feet that are grounded with strong roots
That do not forget from where they have come
With bright eyes and a bright mind
That is is discerning of the truth
With a heart big enough to see through the suffering
Into the source of joy
Purify and clarify the ancestral soul
That has its failings and misdoings

Bless the birthing space
That he might stand in the centre
As that protector, that pillar of strength
For her to anchor to as she makes that deep journey
Opening her womb
Opening into the infinite womb
Where all souls come from and return to
To realise who it is that births her
As she births this life

You are a child of Mother Earth

The universe is in love

Should you have any questions, please contact me via messengers below. I'll reply you shortly.